Frog in the Millpond for the Elementary Music Classroom

Frog in the millpond can’t get him out. Take a little stick and stir him about. Is it officially an earworm for you now? If not, it will be the moment you sing this song and play these games with your students. Frog in the Millpond is a great piece for practicing quarter rests, steady beat, and do-re-mi.

Have students warm-up with some simple vocal explorations that include frogs, like the image shown below. It helps for students to warm-up so that you can ensure they’re using their singing voices and the proper range for the new song before going ahead. 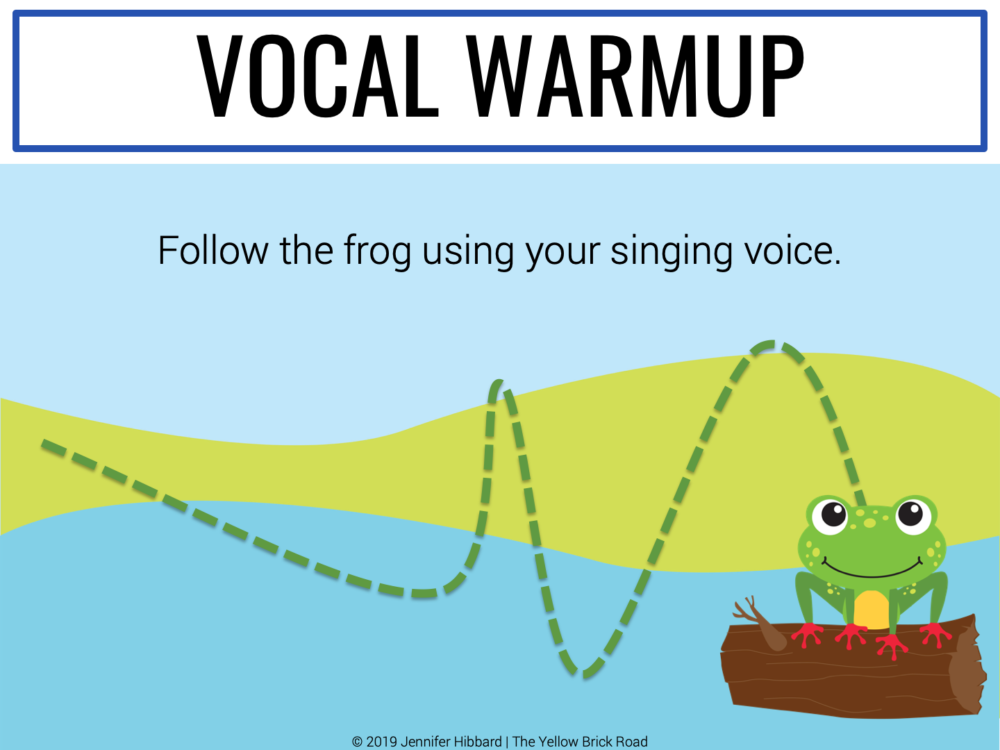 This game goes quickly since the song is short and there are two rests each time. Therefore, it should be easier to give every student a chance to be in the middle at some point during the game.

This game is easy, but effective. Simply have students hop each time they hear a rest in the song. The key of the game being that the rests should be silent.

Visual tracking can be difficult for some students. I know of several people in my own life who struggled to read music for this reason. In light of this, it’s important to keep in mind some simple accommodations you can use as tools for students with visual tracking difficulties. If you have a Smartboard™, use the screen shade feature (magic revealer on Promethean™) to uncover each line of the song as you go.

If you have students working independently, make sure they have a straight edge of some sort to use as a tracking device for the written music. Check out this amazing list by the Understood website for even more accommodations you can use in your classroom. Colored notation can also be helpful for tracking.

If you’d like to use some of the visuals I’ve shown here, you can preview my Frog in the Millpond resource HERE. 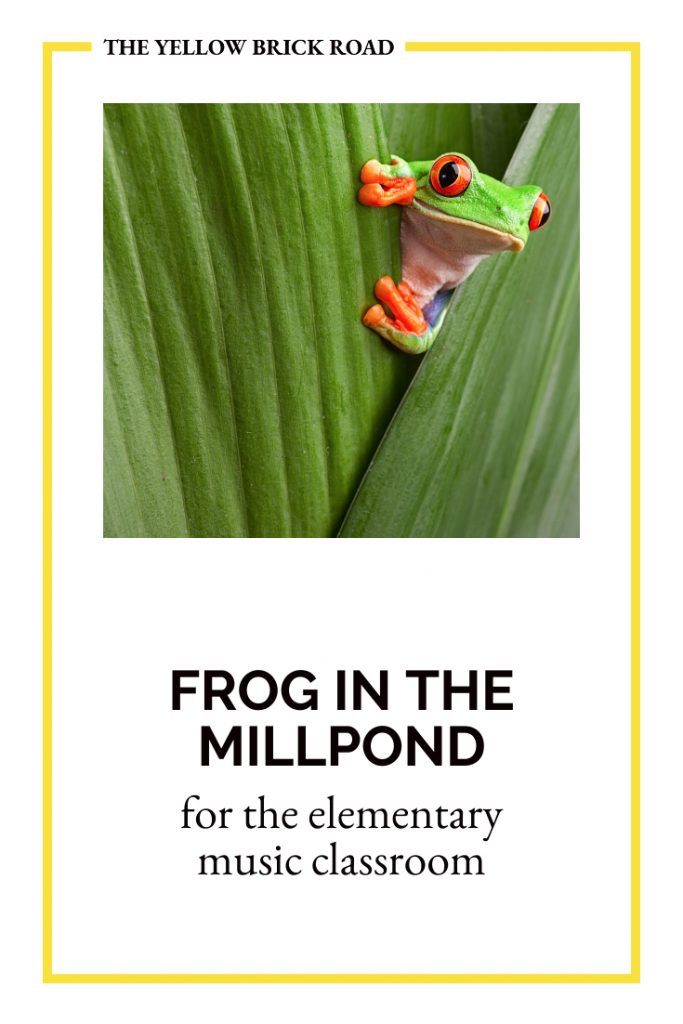