A Music Game for Small Spaces

For two weeks now my nephews (aged 5 and 6) come over to spend roughly an hour learning about music. For them, this translates into singing games and lots of physical activity . I may not wear them down as much as my sister would prefer, but I try my best. Last week, we sang Charlie Over the Ocean. I’ve seen this song in many different texts, but here’s the book I was using: 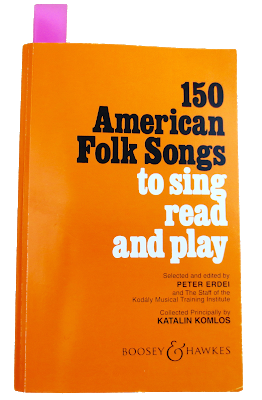 If you’re looking for a solid resource, I would highly recommend it. It includes instructions for games, like the one found with Charlie Over the Ocean. Plus, the index of Solfege syllables, meters, and games is a huge timesaver! 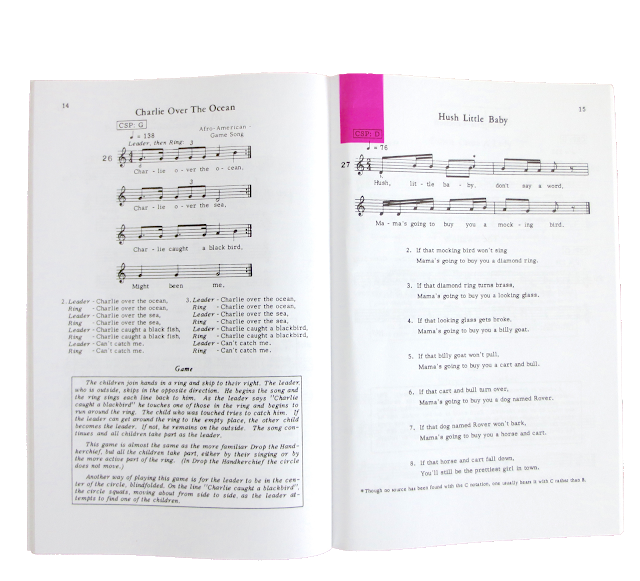 I knew the boys would love the tagging game that went with the song, but we didn’t have a whole lot of room in which to run. If it weren’t for Indiana’s ever-changing weather (usually involving clouds and rain), I would’ve happily taken the game outside. Instead, I made a simple change to the game that would work for our small space. Here’s what I did:

1. I took a sticky note and placed it on a door down the hallway, making sure to place it low enough for both boys to reach it. The hallway wasn’t very long, but long enough for the boys to manage a short sprint.

2. The boys sat across from each other on the floor, while I walked around them in a circle. I was the leader, and the song went like this:

3. When I reached the words “Charlie Caught a Black Bird”, I tapped one of the boys on the shoulder, and we raced to the sticky note.

As you can imagine, this game led to a discussion of what was and wasn’t good sportsmanship. It’s not easy to lose, especially against your brother 😉

We continued to play this game until it was time for the boys to leave. I was able to assess each nephews’ skills individually as they took turns calling and echoing. And since each player is responsible for singing the call or echo, there isn’t much downtime.

If you have a small space or if you teach from a cart, this activity is a great option. If I were playing this game with a large class of students (25-30), I would take extra time to role-play appropriate tagging (light tap on the shoulder). I would also push aside desks and any other objects to clear a path wide enough for two students.

What do you think? Can you see yourself using this game with your students? If so, how would you modify the activity to work for your teaching space?