Last year I wrote a post all about how I taught recorder, and I featured a free printable of the ridiculous phrases I used to help my students remember posture and technique. If you don’t want to “burn your back on the lava”, you’ll definitely want to read that post here: Teaching Recorder Basics.

Today I’ll be revisiting the recorder with some lesson ideas using the song Chickalilleelo.

If you’ve not heard this song before, you can listen to Almeda Riddle perform it unaccompanied below. Almeda liked to keep the music front and center, or as she says in her own words (concerning the change in American music after Elvis became popular), “Elvis was a good boy, and I liked him alright,” she admitted, “but he and others got to performing. They got out in front of the music. And performance took over music.”
MOVEMENT
If your students don’t already know this song, you can introduce them to it with some simple movement activities. If a song doesn’t have traditional movements to go along with it, try using movement activities or games from other songs to fit into your new one. However, I rather enjoy making up my own.For example, try breaking your class into several medium-sized groups (I find this helps some students feel more comfortable while singing and moving). Have the students stand in a circle, moving clock-wise. Each time they sing the final line of a verse (La, la chickalileelo), have them clap the rhythm as they sing. Not only will this reinforce the rhythm pattern, but it makes the movements a little more interesting. Then, ask them to alternative the direction of their circle for each verse (clockwise, counter-clockwise, clockwise, etc.)

PLAYING ON RECORDER & ORFF
Due to the pentatonic melody and simple rhythms, this song would be great to play on recorders as well as barred instruments. Try partnering them off and asking them to “figure out” how to play the first four measures of the song (on recorders or barred instruments). If the students are playing Orff instruments, they can flip the mallets around while playing to reduce noise. Students playing recorders can take turns singing and playing to help with the noise level. Through singing and playing, students will be able to self-correct because of the song’s familiarity. Once most of the students are able to play the first four measures, gather together the whole class to play through the last four measures, which are almost an exact repeat of the beginning. 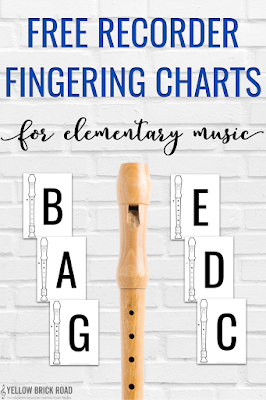 ENSEMBLE
Now that your students can both play and sing the song, you can try adding in some rhythm instruments to create a full ensemble. Split the class into three groups (recorder/Orff, rhythm instruments, and singers/movers). The rhythm students can play the beat through the verse until the final phrase, in which they’ll switch to the familiar rhythm pattern found in “chickalileelo”. If you notice any part of the ensemble struggling, try forming the group into a circle so that they’re all facing each other. Sometimes it helps struggling students keep on track when they’re able to watch other group members for visual cues.