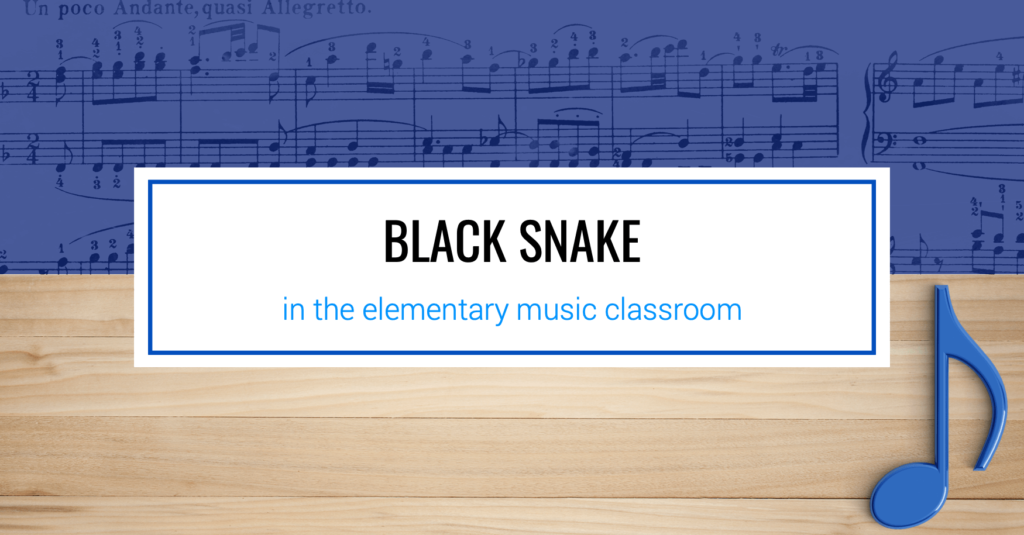 Black Snake is a fantastic game and song for listening, feeling, and practicing syncopation in the elementary music classroom.

The traditional game for this from the HNU Kodály Center states that there should be on child as the snake who “hides”. Then, the rest of the children march around in front of the snake until they tag someone, who then becomes the next snake. If you have a large area in which to play this game, then that would be great, and you should go for it! However, I think most music teachers are limited on space. Therefore, I suggest the following game as a simple replacement:

With any game where most of the students remain seated, I highly suggest making sure they have some other action to perform beyond singing. In this case, I would ask them to pat/tap/clap the rhythm of the song as they sing it. Since the snake will be tapping the steady beat, this will give students both a visual and kinesthetic example of syncopation.

If your students are developmentally ready, you can begin working with manipulatives that visually show syncopation. For example, using printable rhythm cards that also show the steady beat (via blocks). 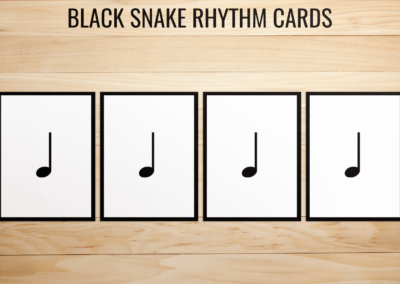 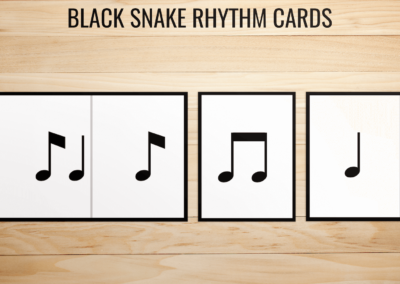 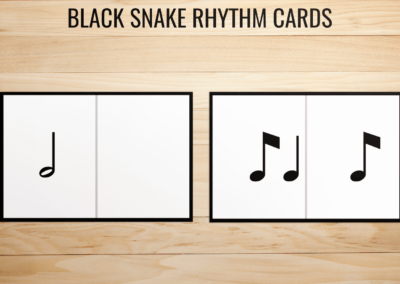 You can download these printable rhythm cards, along with notation for the song, for free HERE.

If you’re looking for a no-prep option to review rhythm, be sure to take a look at my Basics Series, where you can preview the Basics of Rhythm and the Basics of Steady Beat. My Basics Series is all about showing students the sights, sounds, and feel of musical concepts in their everyday life.