All Around the Race-Track

In a little over a month, the Indy 500 will mark its 101st year. As a native hoosier, this race marks the beginning of summer weather and late-night bonfires. It also seems to come around faster every year, which is probably just a consequence of getting older. Anyway…

I must confess that I’ve never been to the Indy 500, nor do I have any interest in going. However, I am interested in songs that grab kids’ attention and keep them moving, and All Around the Race-Track does just that. 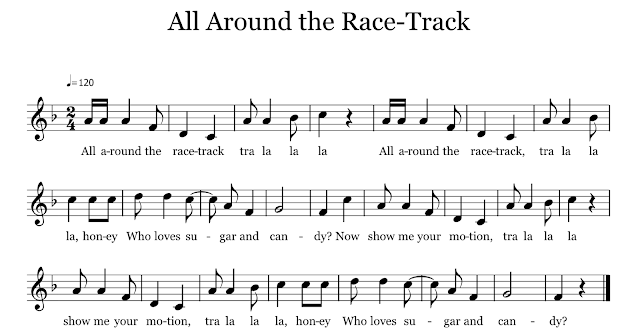 Games in which one student is singled out can be difficult for shy students. Having been an extremely shy student (and adult), I’m extra sensitive to their needs. I know first-hand the anxiety that comes with being in the spotlight. Here are a few guidelines I always followed to try and promote a safe and secure environment:

Students were always surprised to hear that I was a shy kid, especially since I was often so goofy and outgoing in front of them (adults were another matter). Kids were equally surprised when I said that there was “absolutely nothing wrong” with being shy.

Speaking from personal experience, I think shy students are often made to feel as though their inherent personality trait is bad or wrong. This occurs to the extent that you’ve probably heard someone say “quit being so shy”, as though it is a button to be turned on and off. The following is an awesome article written from the view of a shy student. She makes several excellent points, many of which I’d forgotten about since my own elementary school days:

This song is littered with syncopation. It perfectly demonstrates how syncopation is “off the beat”. Students will feel this strongly as they clap to the beat and sing the rhythm. One way to accentuate this feeling is to have students play the “tra la la” on a rhythm instrument.
Have students sit in a circle holding rhythm instruments. Be sure to designate one type of instrument to be the “tra la la” and the rest to play on the beat. For example, tambourines, rhythm sticks, and hand drums play on the beat, while woodblocks play each “tra la la”.
After some time, have students switch instruments. Continue switching until all students have had a chance to be “tra la las”.
For an added challenge, ask the “tra la las” to play the rhythm throughout the song, while the rest keep the beat.
I’ve created the image below, which you can use to project on your whiteboard. You can assign instruments to each color to help students follow along as they play and sing. Click the image to download. 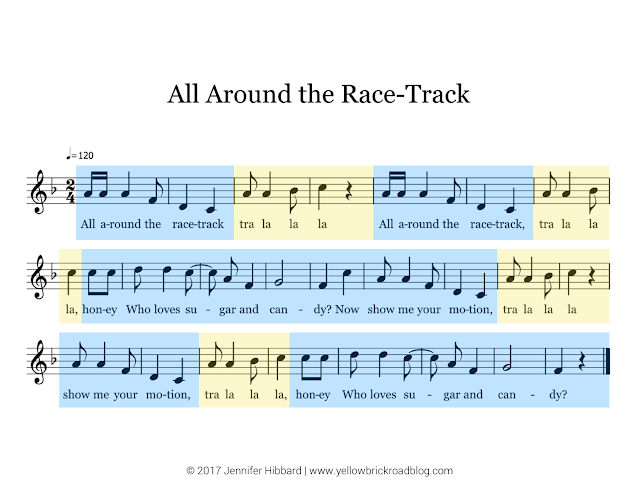 TEACHER TIP: If you don’t have access to rhythm instruments, substitute with body percussion.


That’s all for today’s post. However, if you’re a newsletter subscriber, keep a close eye on your inbox this week. I foresee an extra special goody in your future!!